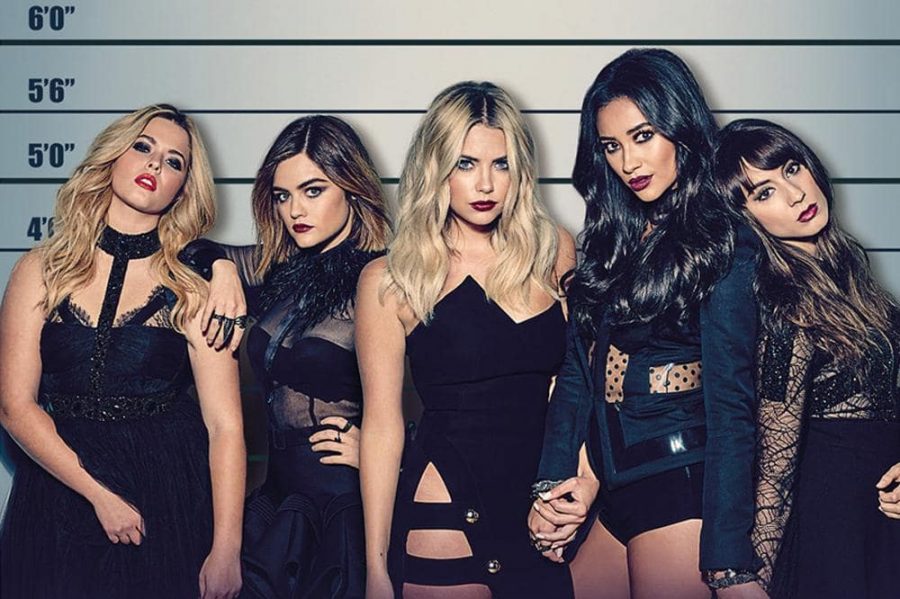 Pretty Little Liars is a TV show that came out in 2010. It is a young adult series that is both thrilling and suspenseful. The show is about five girls Allison, Hannah, Spencer, Aria, and Emily, who have been friends forever in a town called Rosewood. They are entering their freshman year in high school and are not ready to face some of the struggles that might occur in their time being there.
The show starts out by revealing that Allison has gone missing. Over a series of episodes the girls look for clues to solve the mystery. They start to distance themselves from one another because of Alison’s disappearance. Once school starts back up for their sophomore year they find Allison’s body by her old house that the new girl moved into. Once the girls went to the funeral, they decided maybe they should get the friend group back together, to try to find out who killed Allison and why they did it. When they were all outside of the church after the funeral, all of the girls received text messages from an anonymous number, who after every text calls himself A. They all assume its Allison, but that might be too obvious.
I personally love this show. It is by far my favorite show that I have watched. I love that the actresses are so pretty and play their part so well. They make you believe that they have been through the whole show in their real lives outside of the studio. I like the suspense of the show. You never know what is going to happen next because there are so many factors and outside stories.
After the Pretty Little Liars series finale, they announced a spin-off called Pretty Little Liars:The Perfectionists. I would highly recommend watching it as well!.