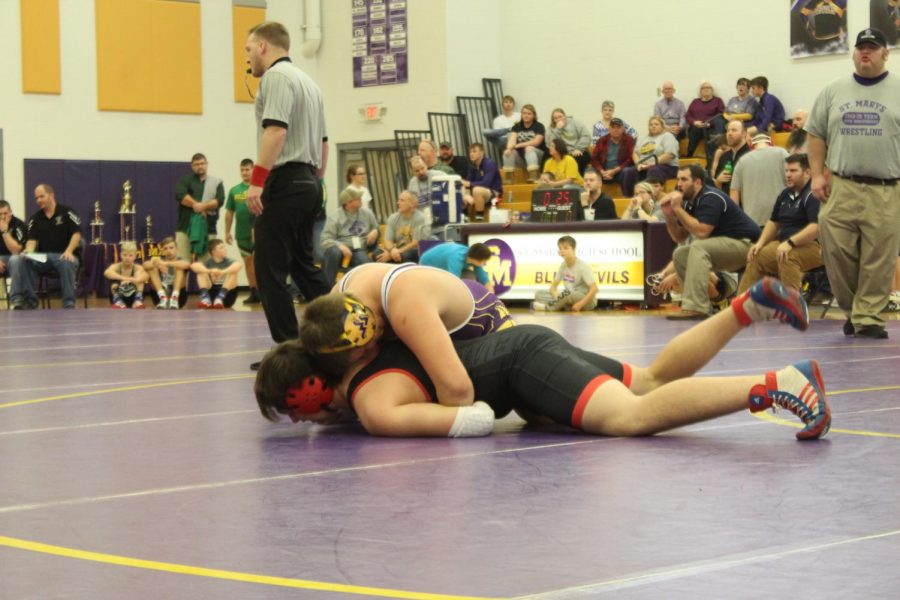 St Marys High School freshman Cody Houser is heading to the West Virginia State Wrestling Tournament after an impressive showing in this past weekend’s regional event in Fairmont. Houser battled his way to the championship finals and finished as the runner up in the 220-pound weight class after a loss to Ritchie County’s Hunter Leggett. Houser will now carry a 25-8 season mark into the Class AA-A state tournament, which is set for Feb. 27-29 in Huntington.

As a team, St. Marys had a rough time in the state’s most difficult region. The Blue Devils finished 12th in the final standings and Houser was the team’s long state tournament qualifier. Wiley Houser and Haiden Davis were the only other Blue Devils to place in the regional tourney. They were sixth in the 145-pound and 170-pound weight class, respectively. Oak Glen won the Region 1 championship by a narrow 1.5 point margin over Fairmont Senior, 212 to 210.5. East Fairmont was third and Berkley Springs and Ritchie County rounded out the top five.