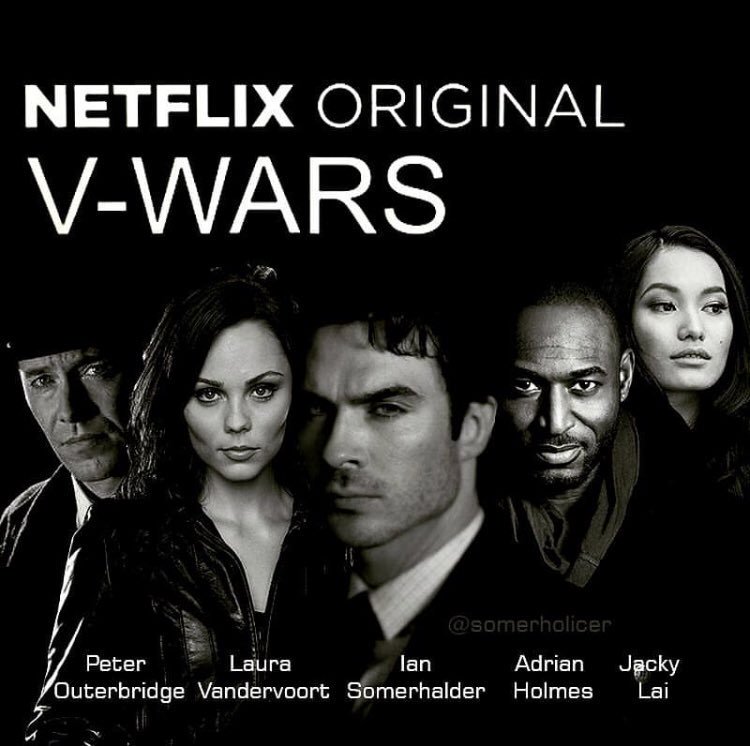 “V Wars” is about Dr Luther, a scientist who accidentally brings an ancient virus back with his best friend Michael after a trip to a polar research station. Unfortunately, this results in Michael being turned into a vampire. As the infection spreads, Luther is forced to team up with National Security to bring his friend back from his murderous rampage and stop the infection from spreading. The only thing is, Dr. Luther wants to find a cure and help everyone that’s turning into a vampire and the National Security wants to kill all the vampires.
Dr. Luther doesn’t want to kill the vampires because everyone he loves is turning into a vampire. His best friend, son, and wife have either turned or are in transition of turing. Dr. Luther killed his wife because she turned into a vampire. His son is in transition of turning. A vampire hunter and FBI agent called Bobby and sisters Dani and Mila who find their world turned upside down thanks to the infection.
I recommend this show for young adults because you have to be mature to watch this and to really understand it. I really like this shows because one, there are vampires and I love vampires and because this show is like a mystery, you never know what’s going to happen next. One minute you think somethings going to happen and then something completely different happens and you would have never guessed it coming. I rate this show a five out of five..